Changes to a security group can cause service interruptions in 2 ways:

The key question you need to answer to decide which configuration to use is “will anything break if the security group ID changes”. If not, then use the defaults create_before_destroy = true and preserve_security_group_id = false and do not worry about providing “keys” for security group rules. This is the default because it is the easiest and safest solution when the way the security group is being used allows it.

The 3 Ways to Mitigate Against Service Interruptions

The most important option is create_before_destroy which, when set to true (the default), ensures that a new replacement security group is created before an existing one is destroyed. This is particularly important because a security group cannot be destroyed while it is associated with a resource (e.g. a load balancer), but “destroy before create” behavior causes Terraform to try to destroy the security group before disassociating it from associated resources so plans fail to apply with the error

With “create before destroy” set, and any resources dependent on the security group as part of the same Terraform plan, replacement happens successfully:

(If a resource is dependent on the security group and is also outside the scope of the Terraform plan, the old security group will fail to be deleted and you will have to address the dependency manually.)

Note that the module's default configuration of create_before_destroy = true and preserve_security_group_id = false will force the “create before destroy” behavior on the target security group, even if the module did not create it and instead you provided a target_security_group_id.

Unfortunately, creating a new security group is not enough to prevent a service interruption. Keep reading for more on that.

Setting Rule Changes to Force Replacement of the Security Group

A security group by itself is just a container for rules. It only functions as desired when all the rules are in place. If using the Terraform default “destroy before create” behavior for rules, even when using create_before_destroy for the security group itself, an outage occurs when updating the rules or security group because the order of operations is:

To resolve this issue, the module's default configuration of create_before_destroy = true and preserve_security_group_id = false causes any change in the security group rules to trigger the creation of a new security group. With that, a rule change causes operations to occur in this order:

The main drawback of this configuration is that there will normally be a service outage during an update because existing rules will be deleted before replacement rules are created. Using keys to identify rules can help limit the impact, but even with keys, simply adding a CIDR to the list of allowed CIDRs will cause that entire rule to be deleted and recreated, causing a temporary access denial for all of the CIDRs in the rule. (For more on this and how to mitigate against it, see The Importance of Keys below.)

We provide several different ways to define rules for the security group for a few reasons:

The Importance of Keys

If you are relying on the “create before destroy” behavior for the security group and security group rules, you can skip this section and much of the discussion about keys in the later sections because keys do not matter in this configuration. However, if you are using the “destroy before create” behavior, a full understanding of keys applied to security group rules will help you minimize service interruptions due to changing rules.

When creating a collection of resources, Terraform requires each resource to be identified by a key so that each resource has a unique “address” and Terraform uses these keys to track changes to resources. Every security group rule input to this module accepts optional identifying keys (arbitrary strings) for each rule. If you do not supply keys, then the rules are treated as a list, and the index of the rule in the list will be used as its key. Note that not supplying keys, therefore, has the unwelcome behavior that removing a rule from the list will cause all the rules later in the list to be destroyed and recreated. For example, changing [A, B, C, D] to [A, C, D] causes rules 1(B), 2(C), and 3(D) to be deleted and new rules 1(C) and 2(D) to be created.

We allow you to specify keys (arbitrary strings) for each rule to mitigate this problem. (Exactly how you specify the key is explained in the next sections.) Going back to our example, if the initial set of rules were specified with keys, e.g. [{A: A}, {B: B}, {C: C}, {D: D}], then removing B from the list would only cause B to be deleted, leaving C and D intact.

Note, however, two cautions. First, the keys must be known at terraform plan time and therefore cannot depend on resources that will be created during apply. Second, in order to be helpful, the keys must remain consistently attached to the same rules. For example, if you did the following:

Then you will have merely recreated the initial problem by using a plain list. If you cannot attach meaningful keys to the rules, there is no advantage to specifying keys at all.

This module provides 3 ways to set security group rules. You can use any or all of them at the same time.

The easy way to specify rules is via the rules input. It takes a list of rules. (We will define a rule a bit later.) The problem is that a Terraform list must be composed of elements of the exact same type, and rules can be any of several different Terraform types. So to get around this restriction, the second way to specify rules is via the rules_map input, which is more complex.

Why the input is so complex?

The rules_map input takes an object.

Definition of a Rule

For our module, a rule is defined as an object. The attributes and values of the rule objects are fully compatible (have the same keys and accept the same values) as the Terraform aws_security_group_rule resource, except

If provided, the key attribute value will be used to identify the Security Group Rule to Terraform to prevent Terraform from modifying it unnecessarily. If the key is not provided, Terraform will assign an identifier based on the rule's position in its list, which can cause a ripple effect of rules being deleted and recreated if a rule gets deleted from the start of a list, causing all the other rules to shift position. See “Unexpected changes…” below for more details.

Unexpected changes during plan and apply

When configuring this module for “create before destroy” behavior, any change to a security group rule will cause an entirely new security group to be created with all new rules. This can make a small change look like a big one, but is intentional and should not cause concern.

As explained above under The Importance of Keys, when using “destroy before create” behavior, security group rules without keys are identified by their indices in the input lists. If a rule is deleted and the other rules move closer to the start of the list, those rules will be deleted and recreated. This can make a small change look like a big one when viewing the output of Terraform plan, and will likely cause a brief (seconds) service interruption.

You can avoid this for the most part by providing the optional keys, and limiting each rule to a single source or destination. Rules with keys will not be changed if their keys do not change and the rules themselves do not change, except in the case of rule_matrix, where the rules are still dependent on the order of the security groups in source_security_group_ids. You can avoid this by using rules instead of rule_matrix when you have more than one security group in the list. You cannot avoid this by sorting the source_security_group_ids, because that leads to the “Invalid for_each argument” error because of terraform#31035.

You can supply many rules as inputs to this module, and they (usually) get transformed into aws_security_group_rule resources. However, Terraform works in 2 steps: a plan step where it calculates the changes to be made, and an apply step where it makes the changes. This is so you can review and approve the plan before changing anything. One big limitation of this approach is that it requires that Terraform be able to count the number of resources to create without the benefit of any data generated during the apply phase. So if you try to generate a rule based on something you are creating at the same time, you can get an error like

This module uses lists to minimize the chance of that happening, as all it needs to know is the length of the list, not the values in it, but this error still can happen for subtle reasons. Most commonly, using a function like compact on a list will cause the length to become unknown (since the values have to be checked and nulls removed). In the case of source_security_group_ids, just sorting the list using sort will cause this error. (See terraform#31035.) If you run into this error, check for functions like compact somewhere in the chain that produces the list and remove them if you find them.

Setting inline_rules_enabled is not recommended and NOT SUPPORTED: Any issues arising from setting inlne_rules_enabled = true (including issues about setting it to false after setting it to true) will not be addressed because they flow from fundamental problems with the underlying aws_security_group resource. The setting is provided for people who know and accept the limitations and trade-offs and want to use it anyway. The main advantage is that when using inline rules, Terraform will perform “drift detection” and attempt to remove any rules it finds in place but not specified inline. See this post for a discussion of the difference between inline and resource rules and some of the reasons inline rules are not satisfactory.

Objects not of the same type: Any time you provide a list of objects, Terraform requires that all objects in the list must be the exact same type. This means that all objects in the list have exactly the same set of attributes and that each attribute has the same type of value in every object. So while some attributes are optional for this module, if you include an attribute in any of the objects in a list, you have to include that same attribute in all of them. In rules where the key would otherwise be omitted, including the key with a value of null, unless the value is a list type, in which case set the value to [] (an empty list), due to #28137. 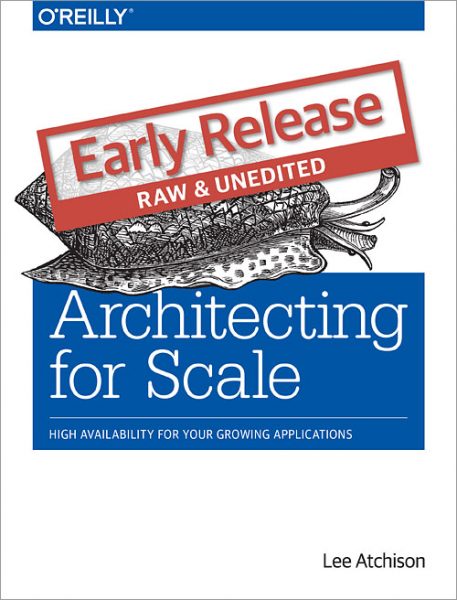